Lvdao Technology, \"Go and Change\" on the road to market 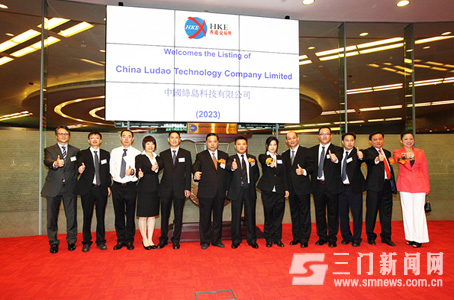 However, ten years ago, the sales volume of \"Lvdao\" located in the industrial park of Sanmen County was only 20 million yuan, but ten years later, this number had soared to 230 million yuan. Especially after 2009, the company's main data showed \"Blowout\" growth: During the four years from 2009 to 2012, \"Green Island\" achieved sales income of 751.44 million yuan.

At the same time, the \"civilian\" enterprise also won the honor of the national prefix. \"Green Island\" is not only a national high-tech enterprise, but also one of the domestic aerosol industry standing committee units and standard drafting units, and also the vice chairman unit of the China Daily Miscellaneous Products Association Insecticide Professional Committee.

What makes \"Green Island\" develop so fast? Upgrade! When faced with the financial crisis in 2008, the company's senior management made a decision to transform and upgrade, planning to achieve the goal of going public in the next five years, allowing \"Green Island\" to grow rapidly from a small business.

"Go" the road of technological innovation

Transformation and upgrading is easier said than done, but it is faced with multiple problems, lack of talents, outdated equipment, insufficient funds... These \"roadblocks\" have not frightened the young "Green Island".

Relying on listed companies to ease the pressure on funds is an important part of the company's planning and layout. The company cooperated with China Flavors & Fragrances Co., Ltd. (a company listed on the Hong Kong Main Board, stock code: 3318) to increase the capital and share capital by 30 million Hong Kong dollars. In the context of the financial crisis, it not only eased the pressure of insufficient funds, but also broke the bottleneck of enterprise development and cleared obstacles for enterprises to expand production.

Introducing and cultivating technical talents has always been the core of \"Green Island\" to implement the strategy of transformation and upgrading. \"Among the 300 employees of the company, college degree or above accounts for more than 30%. We also have an independent R&D team of more than 30 people, and the company takes out more than 3% of annual sales for technology research and development every year. At present, we have more than 10 This self-developed technology has won the national patent.\" Wang Xiaobing, the technical director of Green Island Technology, said proudly. 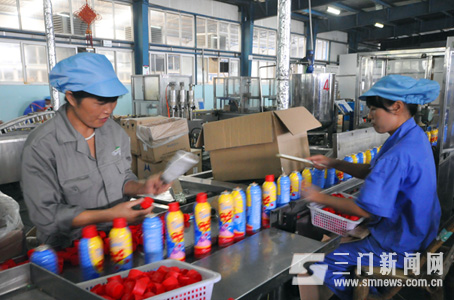 Through market feedback, we see that relying on technological innovation, "Green Island" has successfully achieved transformation and upgrading. The water-based air freshener developed in 2008 replaced the alcohol-based air freshener and successfully entered the US market with major breakthroughs. In 2009, the nano silver antibacterial household cleaner has greatly improved the cost performance, making the product more competitive than similar products. The product also won the 2011 National Aerosol Industry Professional Committee"Technical Innovation One" First prize". With these products, the company won the titles of "National High-tech Enterprise", "Zhejiang Science and Technology SMEs" and "Taizhou Science and Technology Progress Award". At present, the company has more than 200 varieties in 4 series.

"Facts have proved that transformation and upgrading have not only improved productivity and comprehensive strength, but also made the company have a position. Previously, in the spring and autumn of the Canton Fair twice each year, we needed to spend more than 500,000 to buy the \"stall\", in 2011 we applied to the Ministry of Commerce to 4 Each \"brand booth\" only needs to pay a booth fee of 50,000 yuan each time. \"Han Jianhua said that now, the company has 10 production lines, with an annual production capacity of 100 million cans of aerosol, production and sales volume ranks the national aerosol The third place in the pharmaceutical industry, the products are exported to Europe, America, the Middle East, Africa, Southeast Asia and other countries and regions.

There are two important hard indicators for an enterprise to go public, namely the profit of 50 million Hong Kong dollars in the first three years of listing and the standardized modern corporate corporate governance structure. If we rely on technology to achieve productivity and achieve profit targets, then by transforming the corporate management structure and establishing a modern corporate management system, we have opened another \"checkpoint\" for successful listing.

Private entrepreneurs who started from family workshops did not accept the concept of modern enterprise management from the beginning, because this means establishing a modern enterprise system with \"clear property rights, clear separation of powers and responsibilities, separation of two powers, and scientific management\". This is undoubtedly a subversive change for private enterprises that mainly rely on family management.

However, Yu Yuerong, chairman of the board of directors of \"Green Island\", made up his mind to hire professional manager Han Jianhua to enter the management of the company, \"reform\" the company, and merge the original production department, procurement department and planning department into a biocontrol center. , Appoint a high-level management personnel for horizontal coordination and management, and achieve effective supervision by widening the scope of management.

Making full use of the preferential policies of the country is a required course for modern enterprises. Since 2010, \"Green Island\" has arranged a special person to control the various preferential policies issued by the local government to support enterprises, and implemented the \"Go out, please come in\" strategy, successfully obtained a total of national support funds from 2010 to 2013 8.95 million yuan.

Employees are the source of the company's development, \"Lvdao\" very much agree with this. Nearly two-thirds of the company's 300 employees come from other provinces. In order to retain these foreign employees, the company provides them with free accommodation, and is equipped with TV, broadband, air conditioning; employees can use 20 kWh per month for free; every employee birthday, the company union will provide a high-quality Birthday Cake.

The salary is always an important criterion for employees to choose an enterprise. As early as 2009, \"Lvdao\" implemented a collective wage negotiation mechanism, establishing a basic salary system for management personnel + performance evaluation wages, piecework wages for production line personnel + performance evaluation wages + seniority wages, etc., and the average monthly salary of logistics management personnel The annual growth rate is 12.5%; the average monthly salary of production line personnel increases by about 10% under the same working hours and attendance.

Ping Eryan from Henan worked with her husband for \"Lvdao\" for 4 years. \"In addition to monthly wages, the company also provides seniority awards for senior employees who are more than three years old. If they are rated as excellent employees or advanced workers, there are also bonuses.\"Ping Eryan said that 30% of the trade unions each year Obtaining the above two titles has made everyone very motivated.

In addition, \"Green Island\" has not forgotten to repay the society in the process of enterprise development, and wholeheartedly supports public welfare undertakings. From 2008 to 2009, 100,000 yuan was donated to the County Bureau of Culture, Culture, Broadcasting, and Tourism as the \"Green Island Species Culture Fund\" every year to support the cultural construction of Sanmen County. After the Wenchuan earthquake, \"Green Island\" donated insecticide products worth 200,000 yuan to the Wenchuan disaster area. On the morning of October 11 this year, at the listing ceremony of the Hong Kong Stock Exchange, China Green Island Technology donated 1 million Hong Kong dollars to the Hong Kong Charity Fund.

\"This successful listing, benefiting from the transformation and upgrading strategy, provides a basis for \"Green Island\" to fully graft the management advantages, market advantages, and brand advantages from the capital market, and provides a strong impetus for the second take-off in the future.\" Han Jianhua said , \"Green Island\" shares issued for the first time 100 million shares, financing 80 million Hong Kong dollars, all will be used to invest in expanding production capacity.