On April 20, the Standing Committee of the Taizhou Municipal Party Committee and the Minister of Organization Lu Zhiliang and his party visited the company, accompanied by Li Changming, head of Sanmen County. Accompanied by the administrative director Hu Ming, Minister Lu and his party visited some workshops in the factory area. During the watching process, the team listened to the detailed introduction of various equipment and watched the full automatic aerosol production line and the automatic washing product filling production line. Operation. 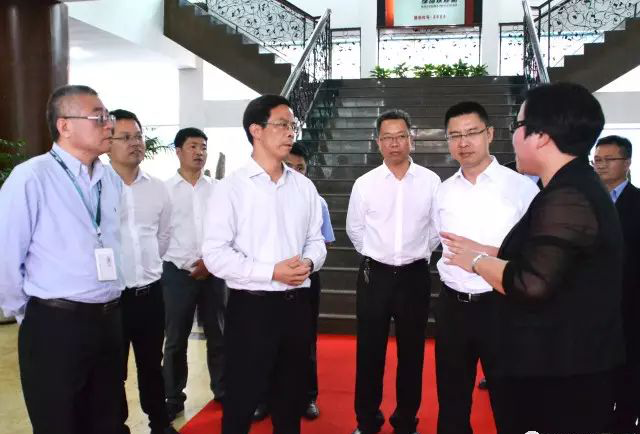 After listening to the introduction, Minister Lu learned about the issues he was concerned about, and went to visit the aerosol R&D center owned by Green Island, and sent cordial condolences to the technical team. Then a group of people came to the sample display area set up by the company. Various products were displayed in the display area, most of which were aerosols. Ludao's aerosol sales are among the highest in the country, and its products are exported to Europe, America, the Middle East, Africa, Southeast Asia and other countries and regions. During the visit, Director Hu introduced the company's development and project progress in recent years, and particularly showed the company's three free brands with independent intellectual property rights. \"\"Lvdao\"\"\"\"Eagle King\"\" Giljia's series of products.

After the visit, Minister Lu and his delegation gave full affirmation to our company's R&D capabilities and continuous innovation development momentum. At the same time, we also expect the company to continue to increase its pace of development, strengthen communication with domestic and foreign related industries, better develop new products, new technologies, solve new topics for aerosol and daily chemical products, and achieve greater development.

Regarding party building, Minister Lv made three guiding suggestions for Ludao Technology: 1. Party building is a good advantage, further complementing shortcomings, promoting characteristics, and forming the brand of Ludao enterprise party building. 2. Pay close attention to the key points and focus of the work of party building and employee groups, and give full play to the role of \"red engine\". 3. Integrate party building into the corporate culture, comprehensive coverage, and lasting depth.